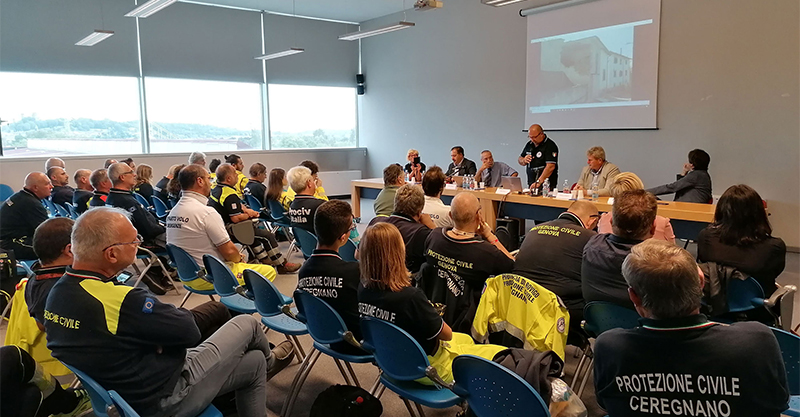 Beyond the emergency: solidarity experiences and proposals for reconstruction in the Prociv Italia round table

Beyond the emergency: solidarity experiences and proposals for reconstruction in the Prociv Italia round table

On Friday 4 October 2019, within the REAS program, the round table “Beyond the emergency: the value of solidarity” was held, organized by Prociv Italia, which was attended by several mayors whose communities were affected by calamitous events. Among these, Mario De Carolis, Mayor of Cascia (PG) and the councilor for social policies Monica Del Piano, involved in the Central Italy Earthquake of 2016; Fabrizio Toselli Mayor of Cento (FE) formerly Mayor of Sant’Agostino, involved in the 2012 Emilia earthquake; Roberto Chissale, Mayor of Agordo (BL), involved emergency weather in 2018; Severino Andrea De Bernardin, Mayor of Roccapietore (BL), involved emergency weather in 2018; Sabrina Licheri, City Mayor of Assemini (CA), involved in flood emergencies.

The round table was an opportunity to present the solidarity initiatives that were to deal with emergency situations, among which the initiative of the Sardinian shepherds, organized by the Prociv Italy, which exported to the Municipality of Cascia was distinguished their model of solidarity called Sa Paradura.

The debate was intense, participatory and engaging. In addition to the exhibition of the many and qualified solidarity initiatives recorded following the recent emergencies, the debate has also focused on the present and future phase of the necessary restoration of ordinariness and reconstruction which, in the opinion of the intervening mayors, is strong delays.

Some interventions have shown that this criticality could be attributed to the emergency management model and to the reference regulatory framework that appears, in some situations, to be confused. Others have also paid attention to the criticality attributable to the continuous replacement of the commissioners responsible for reconstruction. With reference to these arguments, political management and the difficulty of giving certainty to the “Country model” in a situation where the consolidated subsidiary model of institutional action seems to be under discussion was called into question.

In all the interventions, the need emerged to streamline the regulatory framework of the sector and to remove the cumbersome procedures. To this end, it appeared useful, from various interventions, to overcome delays and fully implement Legislative Decree 1/2018 through the issuing of the directives and decrees provided therein, especially the directives concerning the participation of citizenship and volunteering organized for civil protection activities. 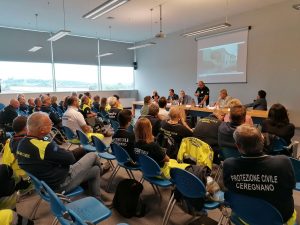 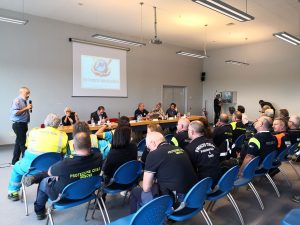 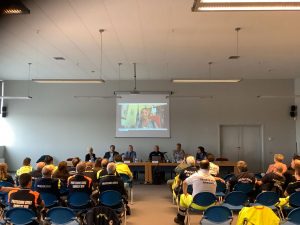