A moment of collective restart: the 2021 edition of REAS has been inaugurated

Home / A moment of collective restart: the 2021 edition of REAS has been inaugurated 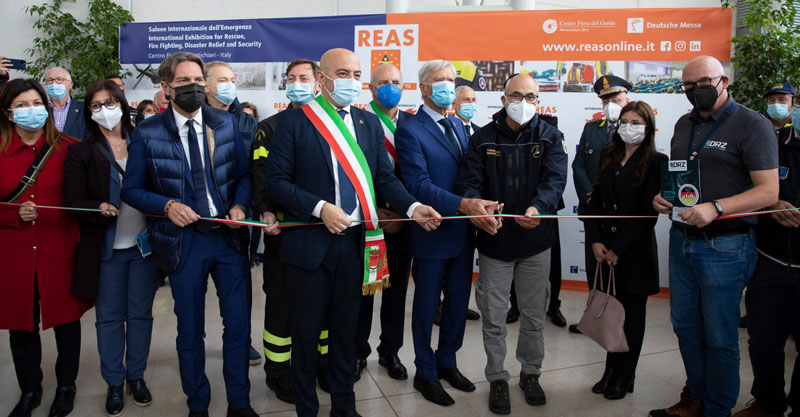 A moment of collective restart: the 2021 edition of REAS has been inaugurated

A moment of collective restart and thanks to operators and volunteers for their tireless efforts during the months of the pandemic. With these assumptions, Saturday 9 October, in the setting of the foyer of the Monteclarense district, the inauguration of the 2021 edition of REAS, which reaches the milestone of twenty editions, with the aim of launching a signal of trust in support of the Italian emergency.

To do the honors, Gianantonio Rosa, president of the Centro Fiera, who reiterated the pride of promoting an event capable of giving voice to the Italian emergency system and to the many companies operating in the sector. Among the numerous authorities representing institutions, state bodies, associations and voluntary groups, Marco Togni, mayor of Montichiari, Fabrizio Curcio, head of the Civil Protection department, Anna Frizzante, deputy head of cabinet of the Prefecture of Brscia, Pietro Foroni, intervened. Councilor for Civil Protection of the Lombardy Region, Antonio Bazzani, Councilor with responsibility for Civil Protection of the Province of Brescia, Valter Muchetti, Councilor for Civil Protection of the Municipality of Brescia, Fabrizio Pregliasco, President of ANPAS, Andreas Züge, General Manager of Hannover Fairs International , Dirk Aschenbrenner of vfdb German fire protection association, Karl-Heninz Banse, president of the German fire brigade association DFV.